I’ve got big news today. Something major landed: full support for the GTK_FRAME_EXTENTS_ protocol, which hugely improves the user experience for running GTK apps that use client-side decoration headerbars! This includes GNOME apps and an increasing number of 3rd-party GTK apps too. In particular, these apps now display window shadows and have proper resize areas without needing to use a thick border. Here’s how Gedit now looks: 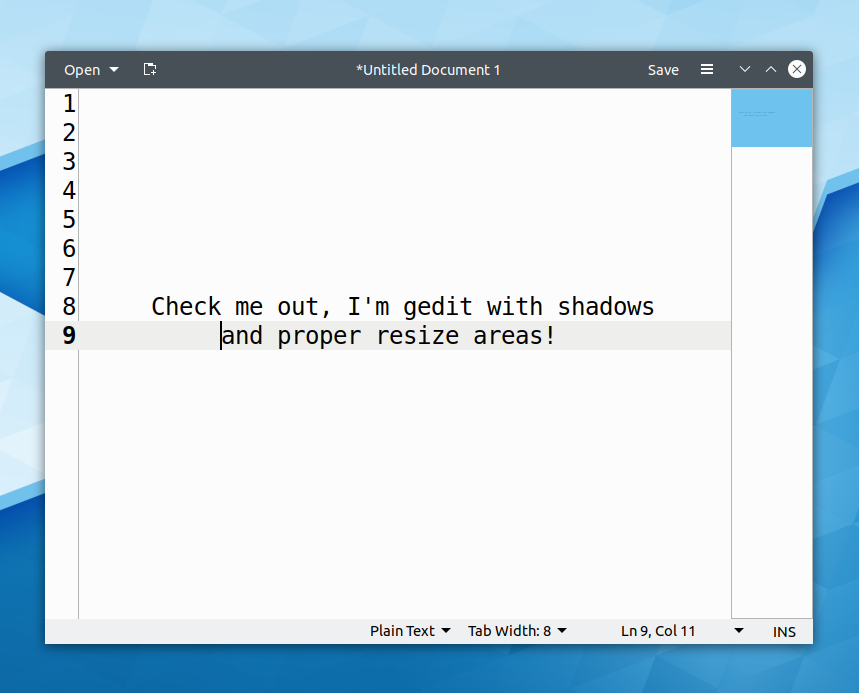 It’s almost native-looking! And it fits right in with the rest of your apps.

I’d like to extend a big thanks for Vlad Zahorodnii who has been working hard on this for months! The feature lands in the upcoming Plasma 5.18 LTS.

Do you love KDE’s apps? Would you like to help develop for them? I knew you would. 🙂 It’s really fun, and you can have a major impact. Many of KDE’s apps are quite beginner-friendly; among them are Dolphin, Elisa, and Spectacle. See the full list here! These apps’ maintainers as well as KDE’s experienced developers are happy to help and mentor newcomers who want to contribute. For more information on how to get help and who to ask, see https://community.kde.org/Get_Involved#Start_Here.21

46 thoughts on “This week in KDE: GTK CSD support and more!”

Follow Adventures in Linux and KDE on WordPress.com
Join 754 other subscribers